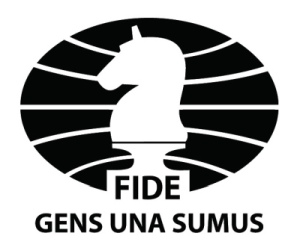 FIDE is excited to announce the composition of the Commissions for the period 2022-2026.

The role of the FIDE Commissions is crucial in servicing federations, improving our technical capacity, and accomplishing FIDE social goals. As the FIDE President Arkady Dvorkovich explains, “the difference between corporations and organisations like FIDE, with an important social component, is that a large share of work is voluntary-based. People who love chess and are ready to devote their time and effort to chess are key to making us succeed. This is why we highly appreciate each and every person who is ready to serve, understanding that any position in FIDE provides a privilege to be part of exciting projects and initiatives, but even more so – it envisages new duties and responsibilities”.

Anastasia Sorokina (AUS, pictured below) is the new Chair of the Women’s Commission. Anastasia’s career over the years has covered many areas, having succeeded as a player, coach, arbiter, organizer, and federative. In the past few years, she has also been heavily involved in several FIDE projects, particularly the ones related to social projects and education. This puts her in an excellent position to have a global perspective of what is needed to bring more women to all areas of chess. The new Secretary will be Shadi Paridar (IRA), who is currently the Vice-President of the Iran Chess Federation.

According to FIDE Handbook, President appoints the Chairperson, a Secretary, and up to 3-4 councillors, who are voting members. Continental Federations can also appoint a non-voting member to each commission. The rest of the positions are filled after extensive consultations with Chairpersons, Continents and Federations. FIDE also received multiple suggestions from individuals. We would like to express our appreciation to all those who were part of the process and provided their input.

When deciding about the final composition of the Commissions, the following principles have been taken into consideration, trying to find an optimum balance and making a compromise when necessary:

– Proficiency of the candidates, including their former track record and relevance to the ongoing projects or expected areas of development; and/or management skills and availability to carry out professional and largely voluntary work for FIDE.

– Geographical balance – all continents are represented in each commission.

– Gender balance – the less represented gender in each commission should not go below a 25% representation.

– The number of members is established in approximately 20 for each commission, even though some flexibility is allowed to make room for Councillors. Chairpersons are also allowed to engage external experts when needed for specific projects, task forces or working groups.

8 of the 15 Commissions have just seen a new Chairperson appointed, while another 3 (Trainers, Qualification Commission, and Social Commission) had already been renewed during  2022.