Judit Polgar: “It is possible for a woman to beat the world champion” 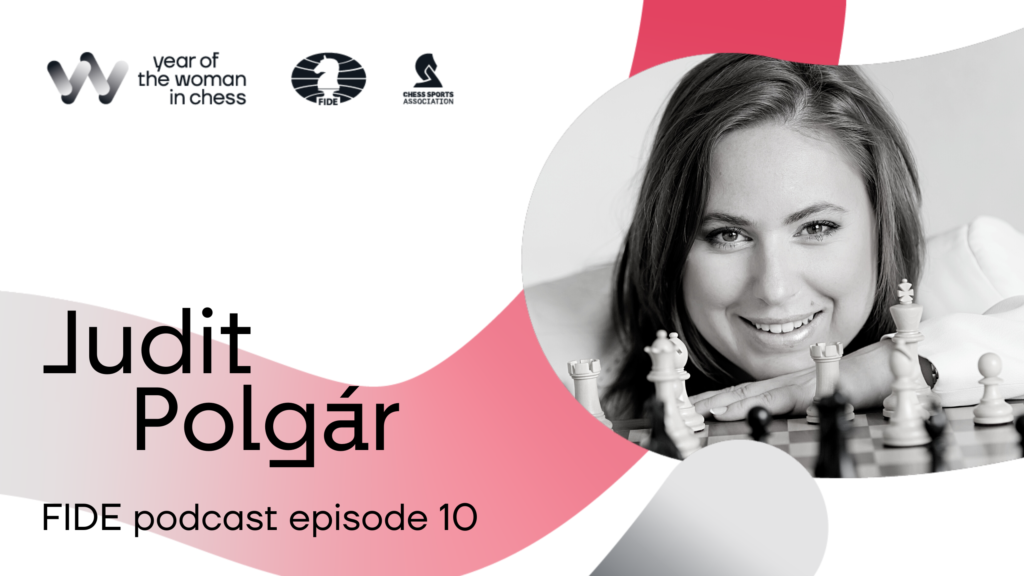 The FIDE Podcast is one of the major initiatives born under the umbrella of the Year of the Woman in Chess, as cooperation between FIDE’s Commission for Women’s Chess, Michael Busse of Schachgeflüster podcast and Lilli Hahn of Chess Sports Association. During 2022 its monthly episodes presented a series of interviews with remarkable women in the chess world – players, officials, influencers, scientists and other outstanding female role models.

The guest of the final episode is Judit Polgar, one of the most inspiring persons in chess, the strongest female chess player of all time, the only woman to have surpassed 2700 Elo and to be ranked in the top ten of all chess players. Nowadays, she is a commentator at some of the world’s top tournaments as well as an ambassador to have more females into chess and to use chess as a tool for education.

In the podcast, Judit Polgar talked about her childhood and an educational experiment carried out by her father, Laszlo Polgar, proving that children could make exceptional achievements if trained in a specialist subject from a very early age.

“We had many difficulties during our upbringing. Hungarian federation was absolutely not supportive of the idea that girls are able to reach the same level as boys and should be playing in the open section. And also, we have quite big challenges with the government because, at the time, it was absolutely uncommon that you decide to have your kids home-schooled. These two things gave so much opposition to my parents’ ideas that we were really for each other. We were extremely supportive.”

Polgar doesn’t think she would have reached the heights she did, had it not been for the environment her parents created.

“I was raised completely differently from other female chess players. My parents never limited me; they were always encouraging me and my sisters that we should be as good as possible in chess. Meanwhile, most of the girls have a very classical approach from their coaches and parents. If you are a girl, you play in the girls’ section. We are looking for a girl champion. We want you to win a girls’ tournament. Basically, it means you’re limiting girls and putting the bar on the lower level for them. I would be very happy if this could change. I believe that having girls’ and women’s tournaments can be quite ok even these days, but I would prefer the approach when a coach would be saying: You’re talented, so why not become the best you can?”

According to Judit, the approach that chess is a purely mental competition and that performance on the board is independent of gender was the key to her success in the future.

“I think there were two points in my life clearly when the whole world was taking up this news. The first one was when I broke Bobby Fischer’s record, becoming the youngest grandmaster at the age of 15. And then later on, when I won against Garry Kasparov. It was special for the world, I guess. Suddenly, it was clear it is possible for a woman to beat the world champion.”

Talking about the Year of the Woman in Chess, Judit Polgar said that there are a lot of ways to support it.

“Of course, it’s great when there is a bigger prize fund for women’s competitions. I also think there could be some seminars for teachers and parents for mindset questions, appreciating women in chess, not only as professional players but also being around in other roles. We need to have more events which are inspiring for girls to become a chess player. To create a safe environment where girls can feel comfortable among boys and men. Also, it’s important to acknowledge the results of girls and women. I was happy that FIDE created the awards for women because it means a lot for ladies and is very encouraging for them to be recognized.” she said.

You can listen to the December episode of the FIDE podcast on the following platforms: